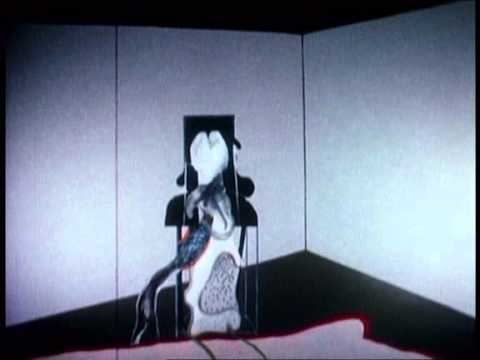 David Lynch stands out in the film industry due to his perplexing, disturbing and mind-bending art. He designs all his movies, including major efforts such as Eraserhead and Mulholland Drive, to juxtapose ideas and images – the familiar with the unexplainable. Lynch’s work is not restricted by a need for explanations, given that his projects defy the societal urge to categorise and consume.

The filmmaker has created and cemented his unique visual style, known as Lynchian, which draws inspiration from surrealist art and approaches. As a result, Lynch’s films reside in a dreamlike state, elevated through hallucination imagery and sounds. However, Lynch still has a method to his madness, as every stylistic choice is attentive and diligent.

His 1986 film Blue Velvet thoroughly explores surrealist approaches to artwork, exemplified by the mystery surrounding the film’s content and psychosexual symbolism. These factors lead to constant interpretations of Blue Velvet, none of which Lynch will confirm or deny. His 2001 mystery film Mulholland Drive, meanwhile, has blasted brains since release, as nothing in the movie resides within the binaries of reality and illusion. However, many have proposed that the picture holds some grounded thematic value, offering a commentary on Hollywood as a whole.

Lynch also perplexed and unsettled audiences in his early shorts. Before he made his feature debut with Eraserhead in 1977, he wrote and directed a short titled The Alphabet in 1968. As with most of Lynch’s work, the short is challenging to describe or explain. The Alphabet is a blend of experimental animation and live-action, with cut-out images layered and brought together onto a background. It opens with children’s voices reciting the alphabet, followed by an older male singing something incomprehensible. The animation is unorthodox, and the soundscape is violating, as clashing cut-outs refuse to complement each other. A bizarre wincing sound plays over the construction of an uncanny figure. Everything we see and hear assaults our senses.

The live-action part is even more unnerving, with a strained-looking woman reciting the alphabet before coughing up blood. Each letter is shown in an edited cut, sectioned off harshly from the last. The woman seen in the film is Peggy Lentz, a painter. Lentz’s niece, according to Lynch, “was having a bad dream one night and was saying the alphabet in her sleep in a tormented way.” This incident was the blueprint for the short’s style and effect.

The Alphabet is a disturbing yet insightful creation, establishing Lynch’s artistic vision. Some of its interpretations propose a significant meaning. One argues Lynch is commenting on the flaws of the education system by manipulating the process of children learning into an existential crisis. However, others have argued its design is solely to unsettle viewers, with nothing concrete to say.

The Alphabet is an interesting observation of Lynch’s early days as a filmmaker. Due to being short, it’s impulsive and intense and wastes no time breaching the codes of traditional filmmaking.

Check out Lynch’s unconventional short below.

Lovers of Brittany, there was a home in Portsall. This is where he died, relays Le Télégramme .Of Basque origin, the businessman, perfumer...
Read more
World

Tesco, Aldi, M&S and Asda are among the UK supermarkets with 'do not eat' warnings currently in place on some of their products. ...
Read more
EUROPE

Lovers of Brittany, there was a home in Portsall. This is where he died, relays Le Télégramme .Of Basque origin, the businessman, perfumer...
Read more
World

Tesco, Aldi, M&S and Asda are among the UK supermarkets with 'do not eat' warnings currently in place on some of their products. ...
Read more
EUROPE