Rick Astley Says His ’80s Hit Should Be President 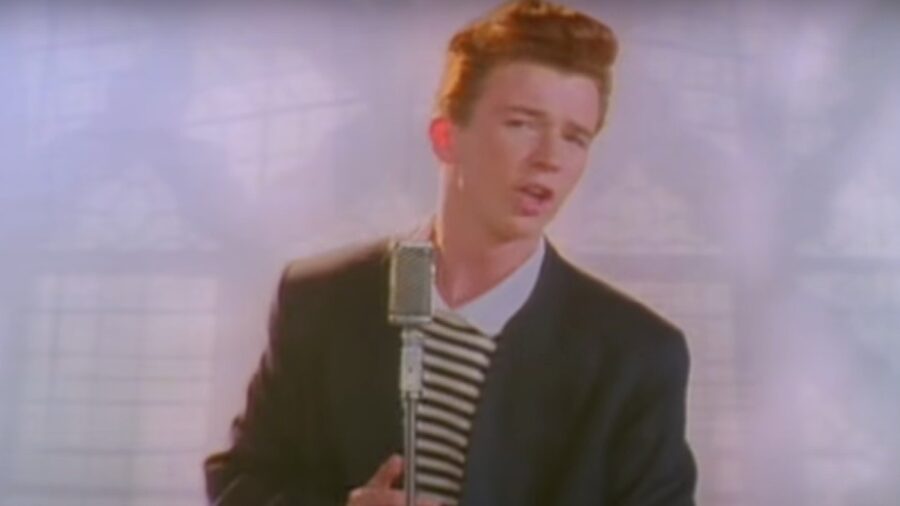 By James Brizuela
| Published 16 mins ago

If you happen to have been living in a cave away from civilization for the past five years or also, you may not have ever been “Rickrolled.” This internet phenomenon became popular almost immediately and saw people pranking one another with videos that immediately jumped to the Rick Astley hit, “Never Gonna Give You Up.” You could be watching a video of a dog doing a funny trick, and it jump cuts to the song being played. This 1980s juggernaut hit #1 on the charts when it had been released and has been a mainstay in the internet world for even longer. Now, Astley wants his song to become President of the United States. You can see his announcement below:

Rick Astley recently celebrated the 35th anniversary of “Never Gonna Give You Up.” Now, he claims that since it is 35, it should be president. That is the minimum age that U.S. residents must be to make into the Oval Office. We are not sure that the song has what it takes to win the presidency, but if the internet held the voting power, the song would be a shoo-in. If you have never heard of this magnum opus, you can bask in its glory below:

Back in 2017, Rick Astley spoke to CNN, because a friend of his sent him a video of a “Rickroll.” Astley did not understand what was happening and didn’t find the video funny. However, it didn’t occur to him that his song was becoming one the most popular ways to prank someone online. Five years later, it is still one of the best ways to prank someone. The internet may have slowed down on the “Rickroll” but sometimes it comes flying right back into our lives.

Apart from his song becoming an internet sensation, Rick Astley is still in high demand. He just ended a North American arena tour that included 56 arenas. It was in celebration of the 35th anniversary of the Whenever You Need Somebody album, which features “Never Gonna Give You Up.” He was joined on this tour by New Kids on the Block, Salt-N-Peppa, and En Vogue. If you happened to have grown up in the 1980s and early 1990s, this would be a great lineup.

Rick Astley may have been annoyed that his song was being used to prank people, but it seems that the man has now experienced more levity when it comes to the “Rickroll.” At least, he is being quite humorous when stating that his song should be president. It is that popular, so it might get a ton of votes. People have also filled in random party candidates during the presidential campaign, so “Never Gonna Give You Up” might see some good numbers in two years.

Rick Astley is one of those 1980s artists that likely never thought his song would rise to the fame it has. The same can be said about the resurgence of Kate Bush because of Stranger Things. Now, Astley is reaping the benefits of the younger generation getting ahold of his work. Sure, it may be to prank someone, but money is money at the end of the day.

It’s not every day that you get the chance to see the behind-the-scenes of how farm-fresh veggies are grown or how a well-known brand...
Read more

The convention is that you should not repeat things said to you at the dinner table by the Royal Family. I do not really...
Read more
Load more
Facebook
Instagram
LinkedIn
Pinterest
Tumblr
Twitter