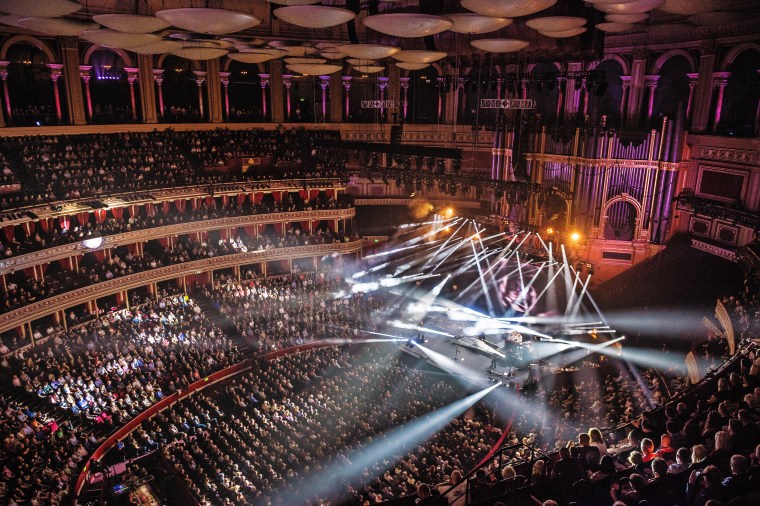 The boss of the Royal Albert Hall has warned that the venue faces a “terrifying” future, with its energy bills set to triple to £1.5m a year, despite Government support.

Craig Hassall, the CEO, warned that the world-famous concert hall – currently the busiest in the world – might be forced to cut back on shows and maintenance work to balance the books.

The 151-year-old venue will see energy and gas costs rise by £1m between October and February, even after the Chancellor announced that energy bills would be halved for businesses for six months.

The dramatic rise could mean that theatres and live arts venues are forced to close their doors, Mr Hassall added.

He told i: “We are able to access the Government’s support, but even after that our energy bills go up by 150 per cent over the next six months. That’s terrifying.

“Not just us – the whole sector. Every museum, gallery, theatre, concert hall is having to grapple with this issue. It’s really challenging.”

The Hall hosts around 800 events a year, including 390 in its famous 5,500-seat central theatre. But it could lose its title as the world’s busiest venue for live music if it is forced to turn away promoters due to the punitively high costs of putting on events.

“Can we really afford to be that busy given the amount of money that we would make from the shows and the cost of running a venue like this if energy prices are still as high as they may be in six months?” he said.

“We have to seriously consider if we can still be a seven-day a week venue.

Mr Hassall added: “I think the danger is that we will see venues closing, or doing vastly reduced levels of activity because they simply can’t afford to keep the doors open at the levels they like.

“The ancillary programmes, which bring people into venues during the day or weekends will stop, because it’s simply too expensive to open during the day. That would cause a long-term problem for the sector.”

The venue, opened in 1871 by Queen Victoria in tribute to her late husband, Prince Albert, would see at least £950,000 added to its energy and gas costs, according to current quotes and after the Government’s business support is factored in.

Wholesale prices, which are what suppliers pay for energy in bulk before they distribute it to customers, are expected to be fixed for all non-domestic energy customers at £211 per MWh for electricity and £75 per MWh for gas.

Mr Hassall says that while he is looking at measures such as turning off heating in the corridors and foyers of the venue, there is little leeway when electricity and lighting is intrinsic to most modern shows.

Bosses are reluctant to pass on price rises to customers, due to Queen Victoria’s founding wish that the Hall be used to promote an understanding of the arts among all sectors of society.

The Treasury has said that the support package will be reviewed after three months with an option to extend support for “vulnerable businesses”, but it is not known which sectors come under the category.

Prime Minister Liz Truss said the government understood the “huge pressure” businesses, charities and public sector organisations faced with bills. She added that the new scheme would provide “certainty and peace of mind”.

What Happened To Tracy Edwards Of The Jeffry Dahmer Story? Where Is He Now?