Sadio Mané begins his adventure at Bayern Munich with a bang 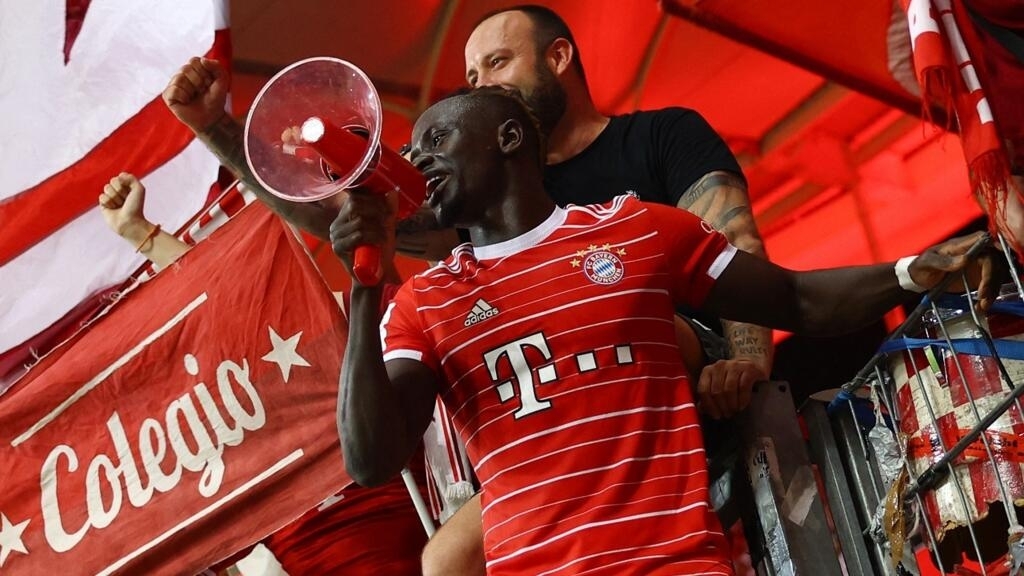 Already a scorer in the German Super Cup against Leipzig (5-3), Sadio Mané also scored with Bayern on Friday August 5 against Frankfurt on the first day of the Bundesliga (6-1). The Senegalese celebrated it with the supporters, already conquered. In Bavaria, the African champion is already unanimous.

That’s what we call booming debuts. Signed by Bayern Munich mid-June, Sadio Mané was quick to find his feet in the Bavarian squad. At the top of his physical form during the preparation phase, during which he scored once in a friendly against DC United, the striker demonstrated on the pitch that he has everything to be an essential cog in the Munich machine. On July 30, he took part in the attacking festival against Bayern, won 5-3 in Leipzig during the German Supercup, with a goal scored.

Rebelote Friday August 5, during the first day of the 2022-2023 season of the German championship this time. On the road to Eintracht Frankfurt, the defending champions were much more ruthless this time by winning 6-1. At the break, they were already leading 5-0, Sadio Mané scoring the third with a well-placed header half an hour into the game.

“All the players love him”

The Mané show continued during the 90 minutes of play, with several dangerous percussions and a shot on the crossbar, and again after the final whistle. As the Bavarians made their way to the visitors’ stand where their supporters were celebrating, Bayern’s new No.17 joined the fans in communing with them, megaphone in hand.

These images quickly went around the world. They reflect the immediate transplant of the reigning African champion with the German juggernaut. Julian Nagelsmann is delighted. Asked by the official website of the Bundesliga, the technician appreciated the communion between Sadio Mane and Bayern fans. ” We need this energy he said with a smile.

The Munich coach wanted to be very complimentary about the Senegalese lion: “ Look at him celebrating the victory with the fans, his style of play between the lines, his combinations with the other players in his attacking role… And he’s a very polite guy. All players love it. He’s important for us, and not just for his goals – although it’s also important to score and we’re very happy about that. »

After a promising start in France in Metz, the revelation in Austria at RB Salzburg, then the consecration in England in Southampton and especially in Liverpool, Sadio Mané, 30, wants to conquer Germany. And the mission begins in the best way.

Why ghost-town Melbourne lags the rest of the country in getting people...
Read more
Irelands

It’s a boy! Lottie Tomlinson has given birth to her first child

Lottie Tomlinson is officially a mum. Lottie Tomlinson has given birth to her first child. The model and her partner Lewis Burton announced the arrival...
Read more
Irelands

Why ghost-town Melbourne lags the rest of the country in getting people...
Read more
Irelands

It’s a boy! Lottie Tomlinson has given birth to her first child

Lottie Tomlinson is officially a mum. Lottie Tomlinson has given birth to her first child. The model and her partner Lewis Burton announced the arrival...
Read more
Irelands