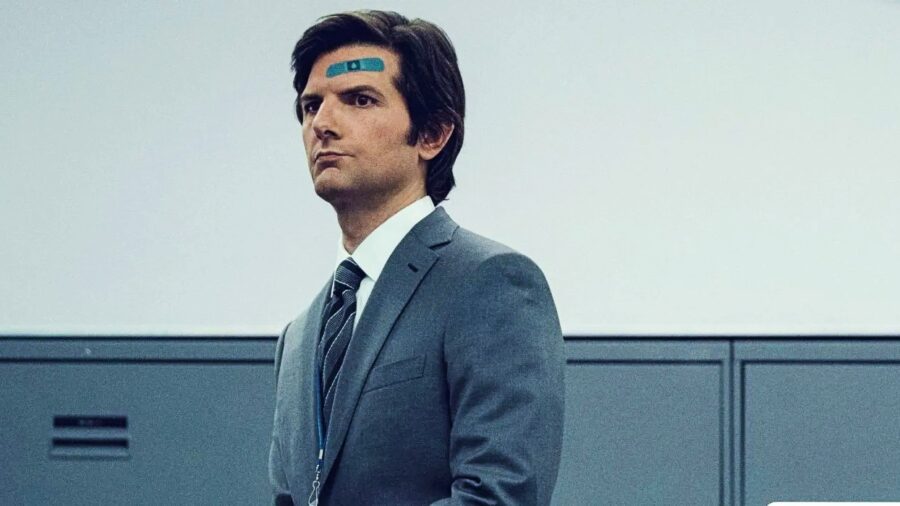 By Nathan Kamal
| Published 1 day ago

The Madame Web movie currently being made by Sony Pictures is one of the more mysterious comic book movies right now, in the non-Marvel Studios division. Part of that has to do with the comparatively low profile of the central character in the Spider-Man mythos, but a lot has to do with just how few details of the plot or even characters have been revealed so far. However, some on-set pictures of Madame Web star Adam Scott have recently emerged and are making people ask: is Adam Scott in character or is he just hanging around?

The pictures of Adam Scott on the set of Madame Web are unclear whether he is performing, or just in street clothes. His actual character has not yet been revealed, so he could be playing just about anyone in the Spider-Man universe that Sony Pictures has the rights to or an original creation. In the photos, Adam Scott is sporting a rather stylish beard and his hair is brushed back. He is wearing an unbuttoned plaid work shirt with a rather grimy white t-shirt underneath, along with cuffed blue jeans. It is a very low-key look, which makes it equally likely that he could be playing a blue-collar type in Madame Web, or just did not feel like getting dressed up this particular day.

Madame Web will be Adam Scott’s first movie appearance in several years, but he has kept very busy with streaming television. He recently appeared in several episodes of Apple TV+ series Loot, which stars former Saturday Night Live star Maya Rudolph as a billionaire socialite whose life falls apart upon discovering her husband’s extramarital affair. Adam Scott has also been starring on the acclaimed Apple TV+ series Severance. The high-concept science fiction series stars Adam Scott in essentially a dual role, as an office worker whose consciousness has been artificially divided into two separate personas: one, who exists only within the confines of a frighteningly soothing office environment, performing cryptic tasks for a cult-like corporation, and another, a hard-drinking, depressive widower. He has been nominated for a Primetime Emmy Award for Outstanding Lead Actor in a Drama Series, and Severance has already been renewed for a second season.

In addition to Severance, Adam Scott is best known for his starring role on the NBC sitcom Parks & Recreation. He portrayed the hapless but goodhearted city planner Ben Wyatt from the second season on, quickly becoming a fan favorite and romantic interest of lead character Leslie Knope (Amy Poehler). He also starred in the cult Starz comedy Party Down as part of a surly troupe of Hollywood caterers.  Party Down was recently approved for a six-episode revival season, with Adam Scott and most of the original cast reprising their characters. Adam Scott is also known for his role as the antagonistic Derek in Step Brothers and the HBO dramatic series Big Little Lies. For now, we will just have to wait and see what clues we might get from new outfits from the set of Madame Web.

Qantas has asked senior executives to leave their cushy jobs and work full-time as baggage handlers for up to three months in the latest...
Read more
World

The US Senate passed a slimmed-down...
Read more
Netherlands

Qantas has asked senior executives to leave their cushy jobs and work full-time as baggage handlers for up to three months in the latest...
Read more
World

The US Senate passed a slimmed-down...
Read more
Netherlands