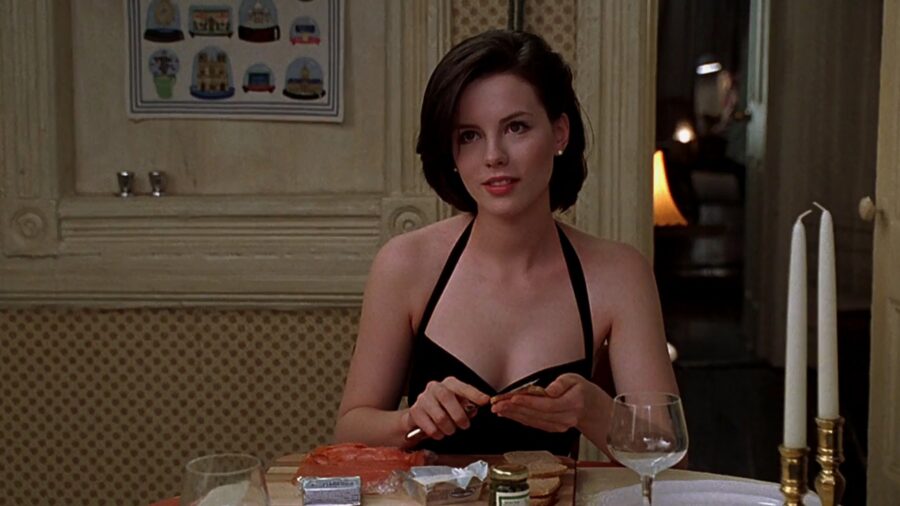 By Michileen Martin
| Published 5 mins ago

Kate Beckinsale is particularly active on Instagram, usually showing off cutting edge fashion pieces as well as her own gorgeous physique, but this week she posted something a little different. According to her Wikipedia entry, the Underworld star got her higher education at the New College — a part of the University of Oxford in England — but apparently her educational allegiances don’t stop at the Oxford school. Rather than the kind of thing you’d find her wearing on the red carpet of a movie premiere, in her most recent post Beckinsale wears the shirt of a seemingly obscure university. We’re not sure when she attended the school, but it seems like there’s a good chance there are other people she thinks should check the place out.

On Thursday, Kate Beckinsale posted a shot of herself in a university-style t-shirt, advertising the school name “S.T.F.U.” Her caption says simply, “Graduated.” You can’t make out everything on the school’s crest, but there is what appears to be a gauntlet holding up its middle finger. Arching over the picture are the words, “NOBODY CARES WHAT YOU” and from there it’s tough to make it out. You can see the shot from Beckinsale’s Insta below.

It’s tough to really know a lot about celebrities unless you get to know them personally, but this post makes at least one thing clear — Kate Beckinsale has a lively sense of humor. It’s not the first time the English actress and model has taken a hard left turn from her usual thirst traps to post something more for chuckles. Just last month, Beckinsale posted a collection of shots — including a gif of her dancing — showing off her fingernails painted with smiley faces, a necklace announcing her birth year of 1973, and most prominently a white shirt that says “Hello C-nty.” You can see that post below.

Obviously, the S.T.F.U shirt Kate Beckinsale is showing off this week isn’t from a real school. St. Francis University in Loretto, Pennsylvania comes dangerously close (they smartly choose to go by S.F.U.). Still, it isn’t like we don’t all know some people who could benefit from an education from a place like S.T.F.U., fictional or otherwise.

It does make you wonder whether Kate Beckinsale is just having a stray laugh or if she’s sending a message to anyone in particular. It isn’t rare for celebrities to use social media to send not-so-subtle messages to critics, the public, or other celebrities. We don’t know of any big scandals Beckinsale has found herself embroiled in lately that would inspire such messages, but you never know.

If the post is meant for anyone in particular, it could be that Kate Beckinsale is directing it at the gossip-mongers who, most recently in April, were speculating that her and Aquaman‘s Jason Momoa had become an item. Momoa denied the pairing, but such rumors are like superhero movie villains — they tend to resurrect often. Or she could be talking to the critics who saddled her last screen project — the Paramount+ dark comedy Guilty Party — with an embarrassing 40% critics score on Rotten Tomatoes. Regardless, we look forward to her next educational recommendation.

The world’s largest international airline is holding a recruitment open day in Luton later this month.Emirates is looking for candidates to join its multinational...
Read more
World

Curious medieval cures, including a treatment for gout that involved baking an owl then grinding it into a powder, are to be shared with...
Read more
Load more
Facebook
Instagram
LinkedIn
Pinterest
Tumblr
Twitter