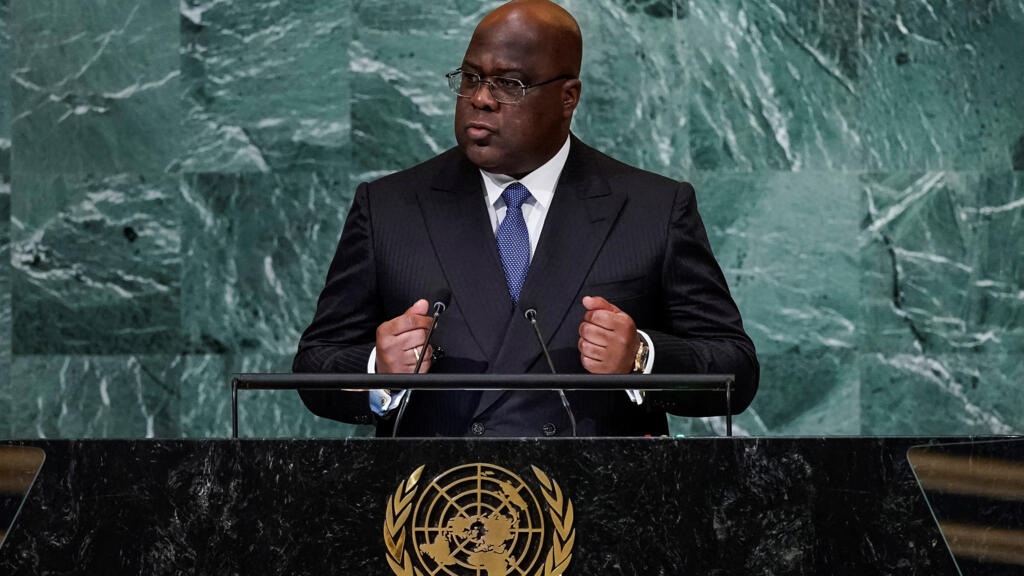 During the 77th General Assembly of the UN, the Congolese and Rwandan presidents challenged each other by interposed speeches on the question of the crisis in the east of the Democratic Republic of Congo.

In front of the dozens of heads of member states of the UN organization, the Congolese president did not mince his words against his Rwandan neighbor. He accused Rwanda on Tuesday night of ” assault ” military ” direct ” and D'” occupation in eastern DRC, via Kigali’s alleged support for the M23 armed rebellion. Kigali, for its part, denies supporting the M23 and rejected these ” invalid claims “.

Kinshasa calls on the President of the Security Council to the UN of ” officially distribute to members of the UN Security Council the latest report on the security situation in the eastern Democratic Republic of the Congo “.The goal, according to Felix Tshisekedi ? ” Enlighten the United Nations community and put an end to the perpetual denials of the Rwandan authorities “. ” The image and credibility of our organization are at stake “, he added.

Disclosure of this report is essential, he adds: “ To proceed otherwise would be, on the one hand, to encourage Rwanda to continue its aggression, its war crimes and its crimes against humanity in the DRC, and on the other hand, to feed more the legitimate suspicion of the Congolese on the impartiality of the UN and the complicity of some of its members in these crimes. »

A speech that did not leave Rwandan President Paul Kagame unmoved. During his speech on Wednesday, he opted for a rather accommodating speech by referring to the diplomatic initiatives on the crisis in the DRC. According to the Rwandan Head of State, the ” local initiatives » are complementary to « important work of the United Nations referring to the situation in northern Mozambique.

“ If this approach were tried properly in the DRC, as proposed by the Nairobi process, it would make a real difference. However, for this to be sustainable, such an effort requires sustained financial support from the international community. The stakes are high and time is against us “, did he declare.

► To read also: DRC: resigned reactions to the impotence of the UN and diplomacy against M23