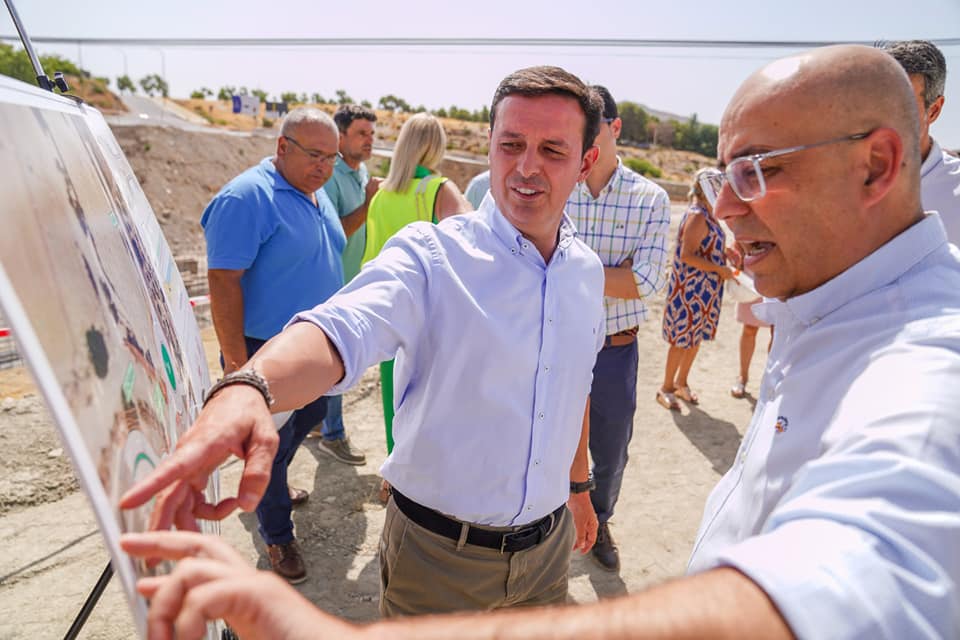 HUERCAL-OVERA’S San Isidro bridge should be completed by next spring.

Huercal mayor Domingo Fernandez recently accompanied the president of the Diputacion provincial, Javier Aureliano Garcia, as he visited the viaduct that will put an end to the many road accidents at this notorious blackspot.

The bridge had been in the pipeline for many years when work began earlier this year, as the town hall had first suggested the project in 2012.

As well as vastly improving road safety, the project will entirely alter the town’s north-east access while decongesting traffic in the zone with links to the La Inmaculada hospital whose catchment area covers six municipalities in addition to Huercal.

This has involved building a new bridge for vehicles, reserving the original San Isidro bridge for pedestrians and cyclists.

“It is a momentous project representing a ‘before and afterwards’ for the town,” the Diputacion president said.

“Not only will it benefit residents in the San Isidro and La Atalaya areas, but all drivers entering the municipality or making for the hospital.”

Garcia emphasised that the new bridge was the result of collaboration between institutions.

“This project has united the provincial administration and the town hall in an operation to recover the use of a zone that Huercal residents have not been able to enjoy until now,” he said.