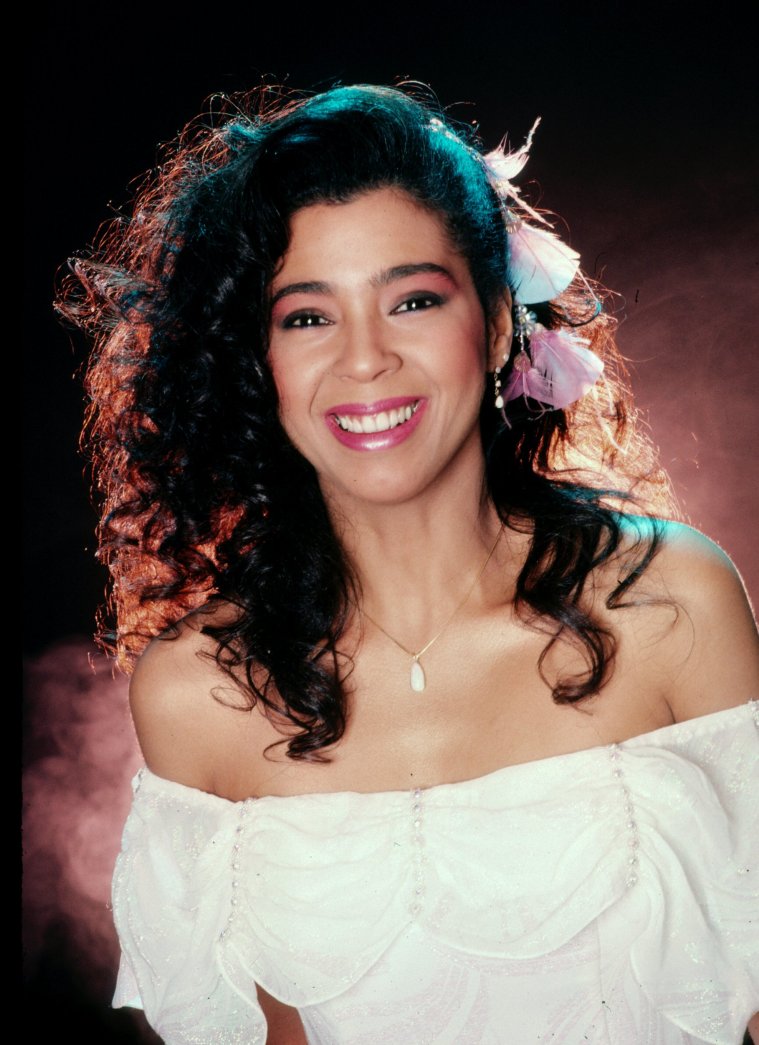 Emotional tributes have been paid to Fame actress and “Flashdance… What A Feeling” singer Irene Cara, who has died at the age of 63.

The Brooklyn-born Oscar and Grammy winner passed away at her home in Florida, it was announced on Saturday. The cause of death is not yet known.

“She was a beautifully gifted soul whose legacy will live forever through her music and films. Funeral services are pending and a memorial for her fans will be planned at a future date.”

Her publicist Judith Moose added: “This is the absolute worst part of being a publicist. I can’t believe I’ve had to write this, let alone release the news.

“Please share your thoughts and memories of Irene. I’ll be reading each and every one of them and know she’ll be smiling from Heaven. She adored her fans.”

Fame‘s Debbie Allen wrote: “My heart is broken. Irene Cara was such a gifted and beautiful genius. Her talent and her music will LIVE FOREVER.”

Lee Curreri, the shy keyboard player Bruno Martelli in Fame, posted a black and white picture of Cara on Instagram with a red love heart.

Michael DeLorenzo, who was a principal dancer in Fame, also put up a black and white photo of Cara on Instagram, writing: “No words …so I’ll leave you with hers…”

He then shared the lyrics to the song Fame, with the words: ‘I’m gonna live forever, I’m gonna learn how to fly (High).”

New York City mayor Eric Adams said: “Irene Cara sang New York City’s song. Born in the Bronx, she reached for the stars and delivered a soundtrack for the ages. She will be truly missed. Rest in peace.”

Cara portrayed the character of Coco Hernandez in the 1980 musical film Fame, credited with launching her music career.

She is best known for singing and co-writing the track “Flashdance… What A Feeling”, for which she won an Academy Award as well as two Grammy Awards. The song was the theme song to the 1983 film Flashdance.

Despite a seemingly ascendant career, she alleged her record label RSO denied her royalties from the hit songs. She sued the label for $10 million in 1985, and ultimately won the dispute. But Cara later claimed she was effectively blacklisted from the industry as a result, and the spotlight faded.

She said in 2018: “I sued, and it took eight years and it cost me my future as a recording artist, because no other label would sign me. RSO was sending out threatening letters to the other labels. And the one label that did sign me, they said they would stand by me through the lawsuit. But once I finished my album… they shelved it and didn’t promote it.”

Born in the Bronx, New York City, in 1959, she worked in television and theatre before landing the lead role in the 1976 musical drama Sparkle.

She was then catapulted to international fame for her performance in Fame, for which she garnered a Golden Globe nomination for Best Actress.

Her famous Flashdance song also won her an Oscar for Best Original Song and two Grammy awards for Best Album of Original Score Written for a Motion Picture or A Television Special and for Best Female Pop Vocal Performance.

Former Spice Girl Geri Halliwell-Horner famously recreated the “Flashdance” video when she brought out her version of “It’s Raining Men” in 2001.

The face embodied in the mural of Carmen Salinas in the square dedicated to the actress in the La Merced II neighborhood has changed...
Read more
Cyprus

A move by Republicans in the 2018 Michigan Legislature to weaken minimum wage and sick leave laws was declared constitutional by an appeals court...
Read more

The face embodied in the mural of Carmen Salinas in the square dedicated to the actress in the La Merced II neighborhood has changed...
Read more
Cyprus

A move by Republicans in the 2018 Michigan Legislature to weaken minimum wage and sick leave laws was declared constitutional by an appeals court...
Read more
EUROPE