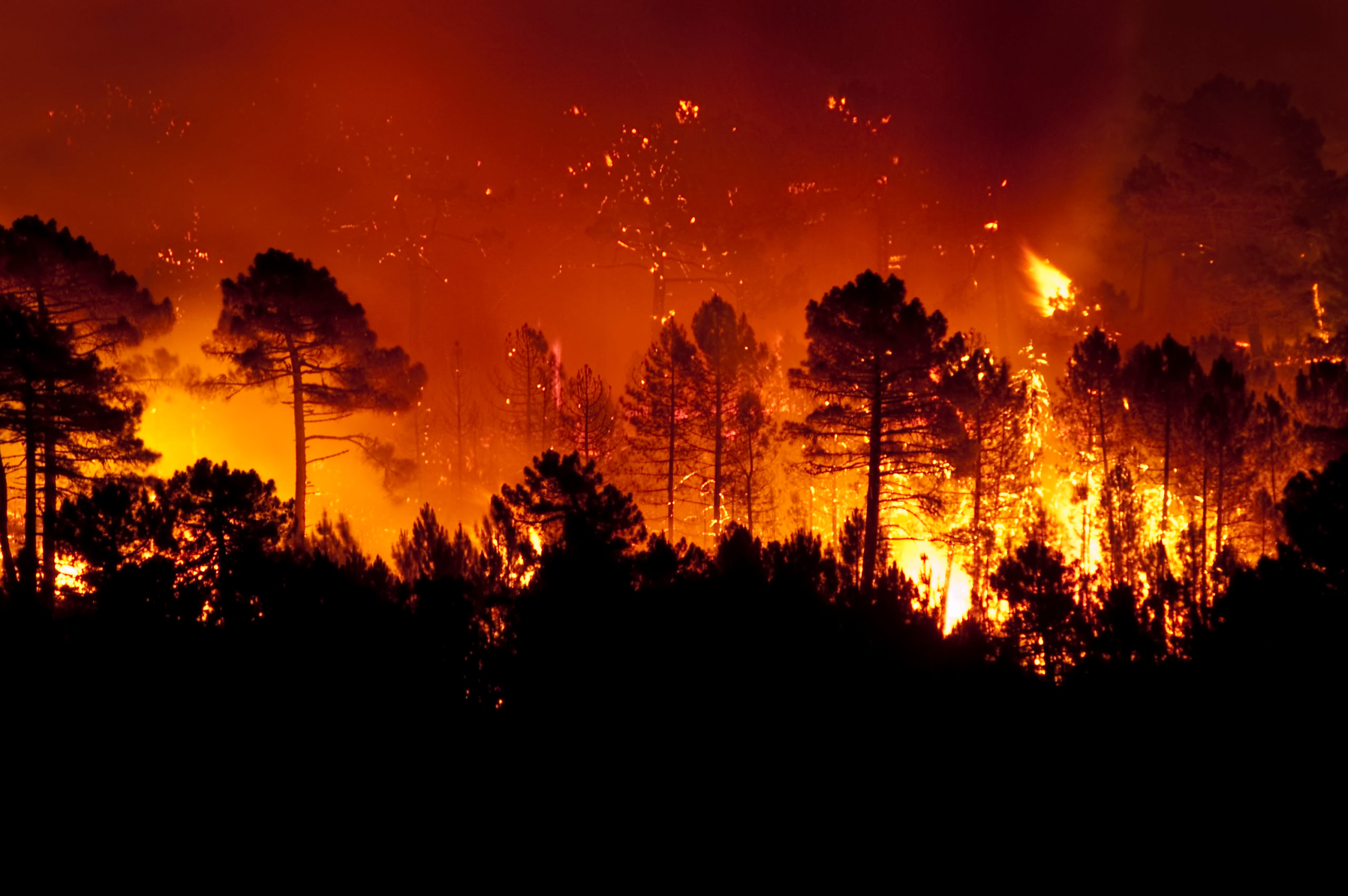 In a month where temperatures remained consistently high with many recording up to 20 days of tropical or equatorial nights, the death toll raced past last year’s high.

With more heat to come and with rains at levels well below the norm, many are worried that August may see similar numbers pass away. Adding to the concerns is the high cost of energy, which many are finding unaffordable.

The energy crisis brought on by the invasion of Ukraine has made energy a scarce resource, pushing the price up and causing shortages in some areas. To try and help the situation in Spain, the government is encouraging businesses to turn the thermometer up on airconditioning but that too could pose problems.

With little end in sight in Ukraine and with more hot weather expected, more tough times can be expected.

The death rate in Spain as a result of the heatwave has shown no sign of slowing down surpassing the total for 2021.

Extreme temperatures, coastal humidity and wildfire have all taken their toll on the population. Drownings are up as people take to the water and the number rescued suffering from heat exhaustion during walks and hikes has also jumped keeping the emergency services busy.

Wildfires have also contributed to the heat and to the death toll accounting for around ten death so far this month, with official confirmation of the numbers still to follow.

Authorities hope that the five or so degree reduction in temperatures expected for the last week of July will stem the tide, bringing an end to one of the highest heat-related death tolls on record.

10:57 am July 22 – In just three days the number that has died in Spain as a result of the heat wave has doubled.

With little respite from the heat, the number of people dying from heat exhaustion and other heat-related causes has continued to rise and rapidly.

With numerous wildfires adding to both the heat and the poor quality of the air, conditions remain very difficult in some areas. A number of people have already lost their lives to the fire, whilst many others have lost their homes, pets and livelihoods.

The wildfires have destroyed nearly 150,000 hectares of land, more than five times the usual total for any given year. Whilst most of the fires have affected bush and grasslands, others like those in Castilla y Leon have destroyed vast amounts of crops, including wheat which due to the war in Ukraine is already in short supply.

With ten days in the month left, some predict that the number of deaths due to the heatwave could near 2,000 which is more than in an average year.

With more high temperatures expected this week over large parts of Spain, authorities have once again warned people to take the necessary precautions to protect themselves and others.  The warning comes after a number of coastal resorts closed beaches yesterday to the extreme temperature of the sand, whilst at last one death was recorded on a beach in Greece due to the heat.

The record high temperatures for this time of year are set to continue in Portugal, France and the UK although there will be some respite mid-week before the mercury heads north again.

Authorities have also reminded everyone to take care as the extreme fire conditions are set to continue, with walkers and hikers urged to avoid areas that could result in their being trapped in case of a wildfire. They are also urging everyone to take sufficient supplies of water, with dehydration a major risk factor under current conditions.

At least two people are known to have died yesterday in the wildfires that swept Zamora in Castilla y Leon.

The latest figures show that 345 people died as a result of the heat for the week ending Friday, July 15.

The update showing the number of deaths comes as AEMET, the meteorological department in Spain announced that the first half of July has been the hottest on record with above-average temperatures recorded on every day of the month.

July has seen record temperatures for the month across Portugal, Spain, France, Germany and the UK with wildfires having destroyed hundreds of thousands of countryside across the Iberian Peninsula. Spanish Prime Minister Pedro Sanchez today visited Extremadura to see the damage for himself, reaffirming the government’s commitment to fore prevention and control.

9:58 pm July 16 – The latest figures released by health authorities in Spain show that at least 237 people died from the heat between July 10 and 14.

High temperatures are also expected across Portugal, France, Germany and into the UK with all four countries issuing heat alerts. Fire warnings have also been issued in these countries as well as advice given that recommends people stay at home and refrain from travelling.

Authorities have also asked people to make water and shade available to pets and local wildlife, all of whom are affected by the extreme heat.

14:24 pm July 15 – Spain’s latest figures show that in the first three days of this week 84 are known to have died from the heat.

The latest figures issued earlier today show that another 41 people died on Tuesday as a result of ailments attributed to the heat. That number is expected to rise for the remainder of the week with temperatures continuing to rise on Thursday and with forecasts for the weekend and ensuing week showing the heat is expected to continue.

10:58 am July 15 – Spain’s latest heat wave has caused at least 43 to die in the first two days according to figures released by the Carlos III Health Institute.

The figures released on Friday, July 15 and as reported by Telecinco, say that the number of recorded deaths on Sunday, July 10 and Monday, July 11 were 15 and 28 respectively.

Those numbers take the number who have died due to the heat according to the Daily Mortality Monitoring System (MoMo) in June and July totalled 829 and 111 respectively, as of July 11.

With the heat wave continuing throughout the week, the Institute has warned these figures could be much higher when the latest figures are released.

In announcing the high level of deaths the Institute has repeated the need to take precautions by drinking plenty of water, avoiding direct sunlight, caffeinated drinks and alcoholic beverages.

The Institute’s Carolina Darias said: “Excessive heat can alter our vital functions when the body is unable to compensate for variations in body temperature and can cause problems such as sunstroke or heat stroke, or even aggravate existing previous pathologies.”

She added that you need to watch out for the symptoms, especially in the elderly, which include discomfort, dizziness, headaches, nausea and excessive sweating. With many not being able to afford air-conditioning, it is important to check that they take the necessary steps to remain cool.

These are all symptoms of heat stroke and if severe, help should be sought immediately or you could lose consciousness or even your life.

According to Mediored parts of Western Europe have been experiencing severe drought due to the heat wave, resulting in fires across Portugal, Spain, France and parts of northern Europe.

Temperatures reached 45ºC in the south of Portugal and Spain, whilst most of Spain’s interior has seen the mercury push past 40ºC. Although there has been respite during the week the temperatures are once again expected to push into the forties including in the UK where they expect to record their hottest day on record.

Elsewhere extreme temperatures have also been recorded with parts of North America seeing temperatures dry up lakes and cause  forest fires, whilst Tunis broke a 40-year record on July 12 reaching 48ºC.

The far and middle east have both been recording high temperatures with the most extreme in Iran where the mercury hit a high of  52ºC in late June.

With successive heat waves set to continue throughout the summer more people could die, and at higher rates than the 43 experienced in the first two days of the latest bout.

The men’s basketball team is preparing for the double date of the FIBA ​​qualifiers at the Islas Malvinas Sports Center in Mar del Plata,...
Read more
Cyprus

Cedric Baxter, Top-Ranked RB in Class of 2023, Commits to Texas

Cedric Baxter Jr., the No. 1 running back...
Read more
World

The men’s basketball team is preparing for the double date of the FIBA ​​qualifiers at the Islas Malvinas Sports Center in Mar del Plata,...
Read more
Cyprus

Cedric Baxter, Top-Ranked RB in Class of 2023, Commits to Texas

Cedric Baxter Jr., the No. 1 running back...
Read more
World