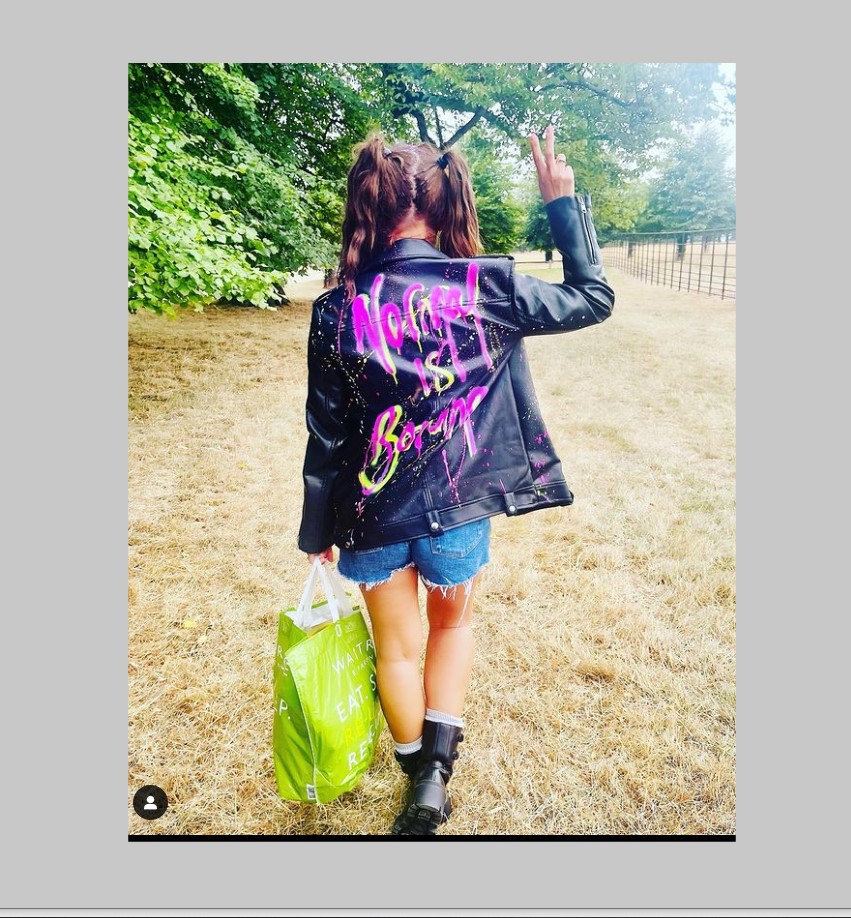 Wearing a coat that said “normal is boring”, Rebekah has her back to the camera posting a piece sign. The post which was uploaded on Saturday, July 30, simply read “Peace out ✌️.”

The Instagram post comes just days after Judge Steyn ruled that Vardy was aware that the stories were being leaked to the press by her agent, Caroline Watt, who was most likely doing so on her behalf.

“The evidence analysed clearly shows, in my view, that Ms Vardy knew of and condoned this behaviour, actively engaging in it by directing Ms Watt to the private Instagram account [of Coleen Rooney], sending her screenshots of Ms Rooney’s posts, drawing attention to items of potential interest to the press, and answering additional queries raised by the press via Ms Watt.

“It is likely that information from Rooney’s private Instagram account was passed to the press by the pair.

“The information disclosed was not deeply confidential, and it can fairly be described as trivial, but it does not need to be confidential or important to meet the sting of the libel.

“It was information derived from private posts that Ms Rooney did not want to be made public.”

In a bizarre set of circumstances, Coleen Rooney and Rebekah Vardy, wives of professional footballers found themselves in a libel case in the High Court in London.

The spat arose over articles that appeared in the Sun newspaper that claimed Rooney had travelled to Mexico to look into baby “gender selection” treatment and her plans to revive her TV career and the flooding of her basement.

That led to Rooney accusing Vardy on social media of selling stories from her private Instagram account to the tabloids. She claimed that she spent five months attempting to work out who was sharing information about her and her family based on posts she had made on her personal social media page.

She then took to sharing “false stories” in the hope that she could flush out the culprit, which she says led her to one Instagram account – that of Rebekah Vardy.

The dispute found its way into the public domain making headlines worldwide. As a result of the very public accusations, Vardy initiated legal proceedings against Rooney in June 2020.

Her lawyers allege: “She suffered extreme distress, hurt, anxiety and embarrassment as a result of the publication of the post and the events which followed.”

As Judge Steyn rules in favour of Colleen Rooney, the recriminations and rumours will once again begin with the ruling unlikely to be the end of the story.