WATCH: Another huge fire forces closure of Italian A4 motorway in Duino near Karst (Trieste) 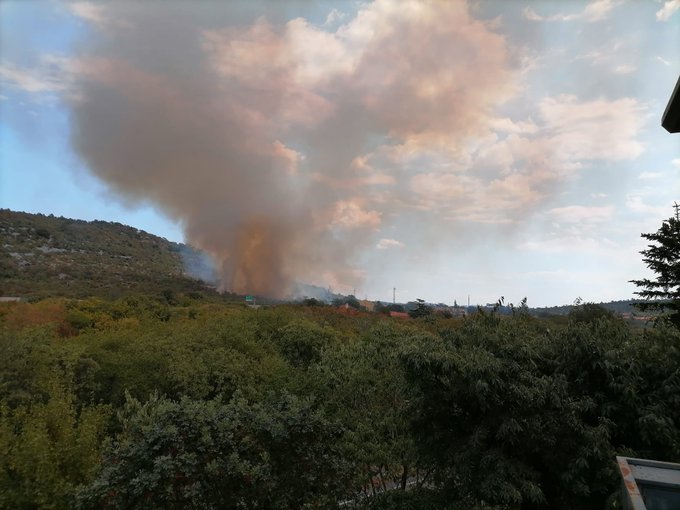 On Tuesday, July 19, fire rescue crews tackled a forest fire that broke out in the hills of Massarosa, a municipality in the province of Lucca, Italy and on Saturday, August 6, another huge fire broke in Duino near Karst (Trieste), in the Monfalcone-Trieste section.

Reporter Omar Constantini captured the extent of the fire and shared photos on social media.

“New fire in Carso Duino Nord area A4 near the railway between Monfalcone and Sistiana Visogliano,” he wrote.

The blaze broke out around 12.15 pm in the wooded area behind the Duino Nord service area and according to local media reports, the fire appears to be much larger and more dangerous than fires that have broken out in recent weeks.

Once again, firefighters and police were dispatched to the scene to tackle the flame and stop traffic on the A4 motorway, respectively.

The road is currently close in the section between Sistiana and Monfalcone towards Venice. In the opposite direction (Trieste), the traffic is temporarily slowly flowing towards Monfalcone.

Diego Lifonti shared a photo on Twitter showing air rescue arriving from Genoa to start the process of dropping water on the flames.

“The #canadair arrived from Genoa goes to the first launch of water,” he wrote.

The world’s largest international airline is holding a recruitment open day in Luton later this month.Emirates is looking for candidates to join its multinational...
Read more
World

Curious medieval cures, including a treatment for gout that involved baking an owl then grinding it into a powder, are to be shared with...
Read more
Load more
Facebook
Instagram
LinkedIn
Pinterest
Tumblr
Twitter