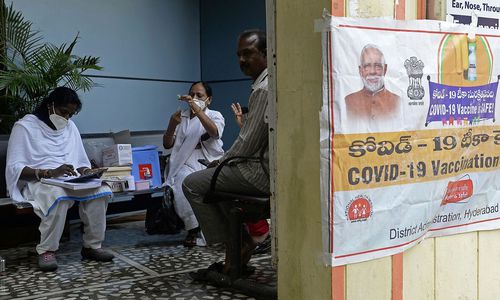 Dozens of pharmaceutical and biotech companies hoped to make big profits from vaccine production. In the meantime, however, some – including well-known – corporations have become disillusioned.

It is quite unusual for the United Nations to interfere in economic policy. In view of the high profits that energy companies are currently making around the world, UN Secretary-General Antonio Guterres is now calling on governments to tax the companies’ record profits more consistently. The debate about it is not new, that the UN general feels compelled to take part in it, but it is.

The fact that certain branches of industry benefit from crises is also obvious. In the corona pandemic, for example, it was the vaccine manufacturers. Dozens of pharmaceutical companies have taken enormous economic risks with their investments in vaccine research, only a few have been rewarded with the necessary medical approvals for their vaccine. The result was usually a rain of money from license and supply agreements. According to Bloomberg, more than 12.3 billion doses of vaccine against the corona virus have been administered worldwide since the vaccination campaigns were rolled out. And that’s a lot of money distributed.

The approval authorities are currently examining the first vaccines from Pfizer/Biontech and Moderna that have been adapted to the Omicron variant. In the USA, the adapted vaccines are to be administered as early as September, and preparations are also being made in Germany for the vaccination campaign for the omicron sting to be restarted. Vaccine manufacturers are in the middle of their earnings season – a good time to take a look at their economic development since the pandemic began.